If you were born before the late 90’s, there’s a good chance you have distant memories of your parents taking pictures on film cameras. You probably weren’t aware of what they were shooting on at the time of course. If your folks were anything like mine, a young couple in way over their heads and just starting out, they were probably shooting on an affordable point-and-shoot camera. For many, this would have been the Olympus Trip 35. I can only imagine the number of childhoods and family vacations recorded through the glass of this mass-produced point-and-shoot. However, it is precisely because of that legacy of critically mundane recording that make this unassuming camera anything but ordinary.

I bought my Olympus Trip 35 camera off of eBay on a whim. These things are everywhere on the used market, and because the D. Zuiko 40mm F/2.8 lens doesn’t have the cult following of Zeiss or Leica, these cameras don’t command a high price.I got mine in good working order for around $30, though you can pay a bit more for one with a fun-colored leatherette added. I chose to go stock on my example.

The first thing about the Trip 35 you will notice is the selenium solar-powered light meter which surrounds the lens. It looks a little bizarre, however this is what makes the camera so convenient for family vacations. The camera never needs new batteries. The mechanical leaf shutter is simple, and the automatic exposure of the camera (no manual-mode here) is controlled by the solar powered light meter. If there is enough light to take a picture, there is enough light to power the light meter.

This was a brilliant idea when the camera first came out in 1967, however for those of us shooting in 2019 it is something of a problem. It is becoming harder and harder to find working examples of this camera. Once the selenium cell light meter dies, the camera dies with it. These things tragically have a shelf-life, though the fact that so many have made it this long despite their intended purpose as a mass-market camera is a testament to Japanese manufacturing.

Because of the automatic exposure, the camera is extremely simple to use. When set to auto, it cycles between two shutter speeds (1/40 and 1/200) and will adjust aperture adoringly. Aperture can be changed manually to sync with a flash, at which point the camera defaults to 1/40 of a second. Even with a flash, try to have a steady hand. Though, given that the lens is zone-focused, sharpness isn’t guaranteed no matter what. One quirk is that when looking through the viewfinder, if the camera doesn’t have enough light, a little red flag will pop up and the shutter will be inoperable. One way to sort of fool the camera into thinking there is enough light is to point it slightly towards a light source behind your subject. While this will force you to change your framing, it will fool the camera into shooting at f/2.8 at 1/40 of a second. With this ruse, low light pictures have a peculiar underexposed look.

The Trip 35 was an solid companion during some of my summer adventures following high school. However, because of its limited manual controls and needy light meter, it didn’t always have a place in my rucksack. I sold it for about what I payed for it after that summer. Still, the Trip 35 was a fun exercise in analogue snapshot photography. I was able to relax my head more than usual and just shoot pictures of my friends. Nothing I produced with this camera felt like it had to be high art.

The ethos of the Trip 35 as an vacation snapshot shooter was a nostalgic experience for me, dispute not being born when this camera was sold. Even though the pictures I took with it weren’t always the sharpest or properly exposed, they had a charm all their own. Load some cheap CVS brand film into it, and you’ll be able to relive memories years later in film grain and soft focus. Just as stories of past adventures grow embellishments and plot holes, the Trip 35 is the electric eye of my hyper-nostalgic memory- not technically perfect, but profoundly real. 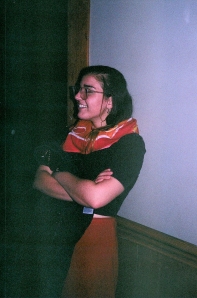 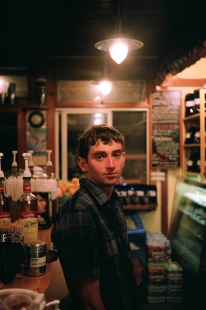 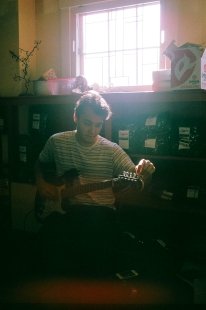 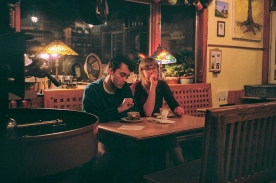 3 thoughts on “Olympus Trip 35 Review: A Legacy of Pivotal Moments Through Clumsy Glass”